This summer, Allied8 was able to participate in the 2022 Seattle Design Festival, or SDF for short, which is a strategic initiative of AIA Seattle to promote public dialogue and community engagement about the role and impact of design in urban life. The result are temporary installations all over the city, making design visible to the public and creating new ways for us to connect with neighbors. 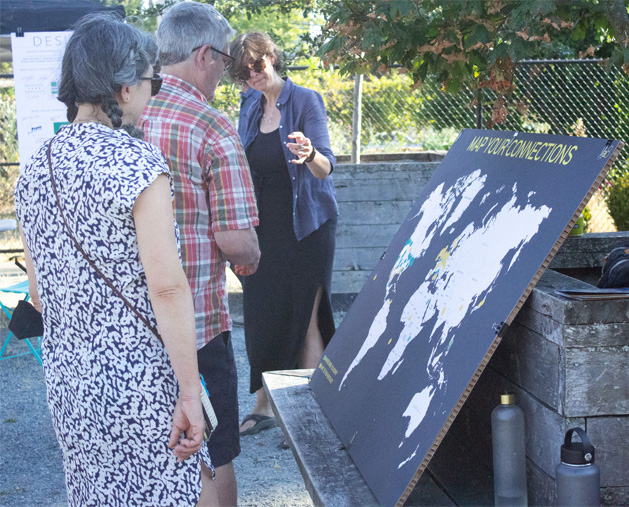 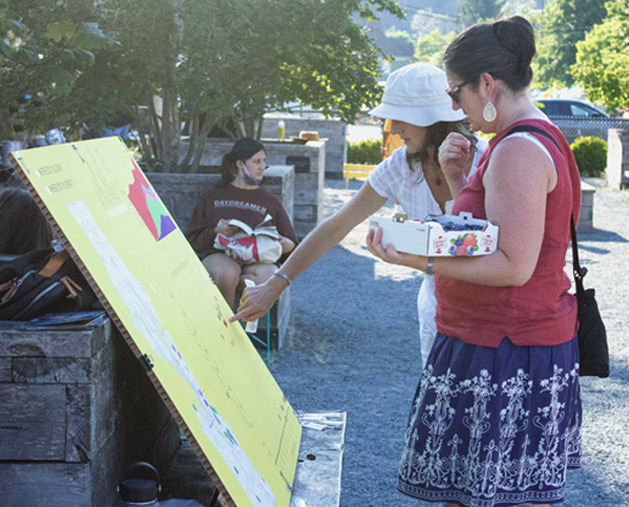 As part of the the SDF Columbia City Spotlight, we set up a booth next to the  Columbia City Farmers Market, and asked passersby to map their connections with us–where they were born, where their family is from, what year they moved to Seattle (or if they were born here), and whether they own or rent their home. Over 100 people participated in just one afternoon! 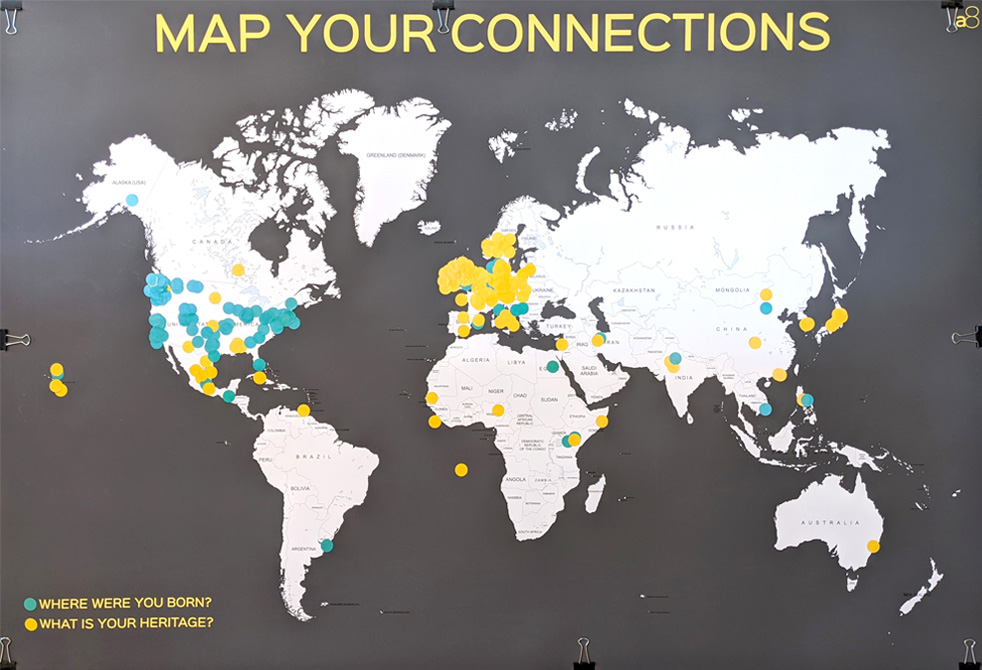 2021 marked the first time more Seattle residents rented (50.3%) versus owned their homes (49.7%). Of the participants in our sample, 65% own their home, and 35% rent. By comparison, the national rate of home ownership is 64.8%, with renters at roughly 35%. Of all the homeowners that participated in this activity, 58% were white, compared to a city-wide average of 65%. Of all renters who participated, 34% were white, compared to a national average of 51.8%. Roughly half of homeowners in this activity that were also Seattle transplants say that they were able to buy a home in the first year of moving to Seattle.

Seattle-born participants were outliers in this activity, with almost all respondents being born outside of Seattle. The participants spanned the country in terms of where they were before moving to Seattle–a lot of participants were from the East Coast, and quite a few were from the broader Pacific Northwest, Southern California, and New England. Of all people attending the event, most identified with a European heritage, with no respondents with South American or Canadian heritage, and only two responses from people with an African heritage. 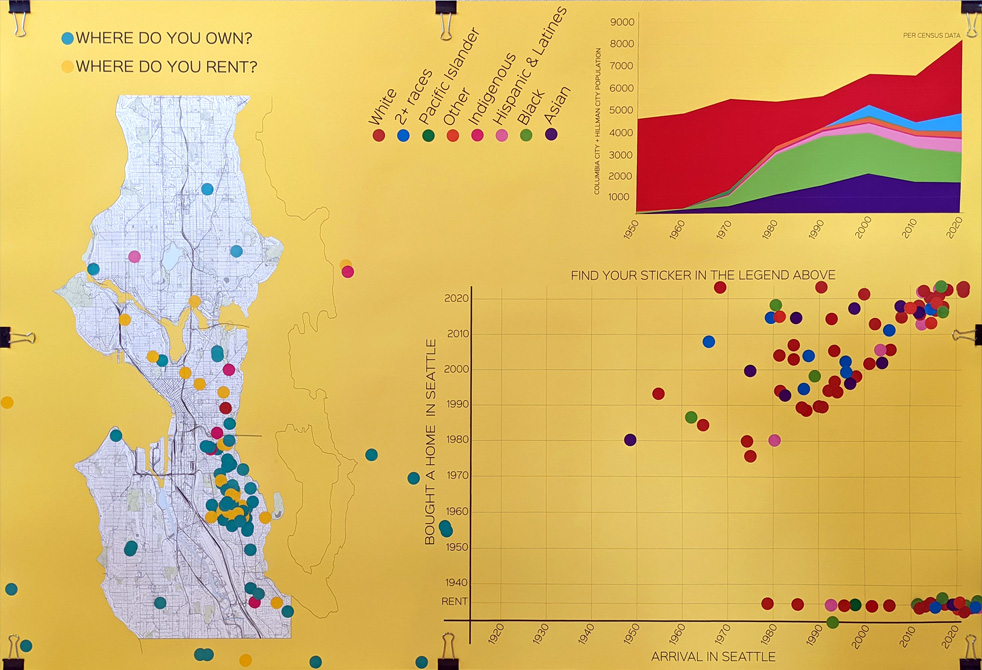 As we dug into Seattle’s broader statistics relative to national averages, we discovered some very interesting data. We welcome you to draw your own conclusions from this. 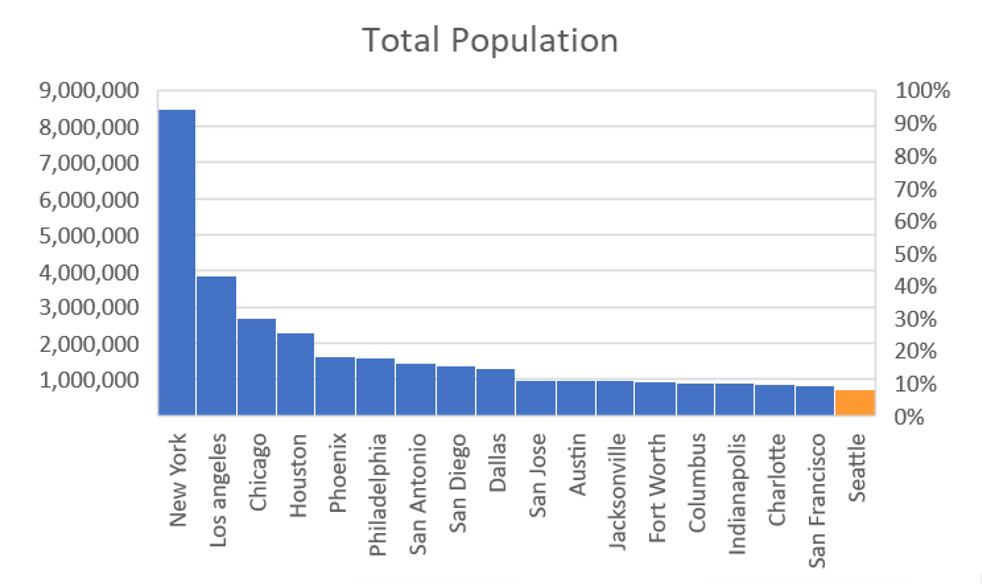 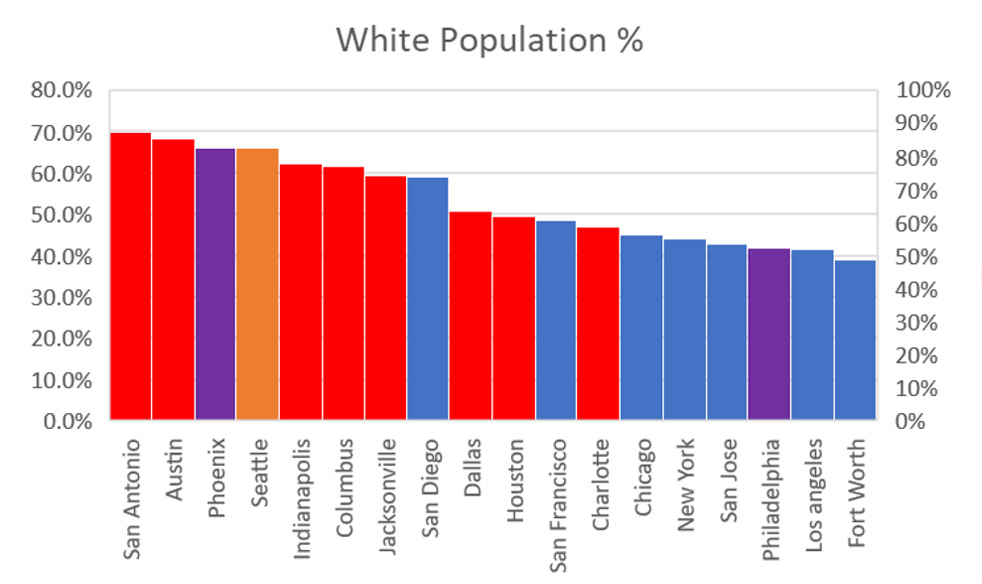 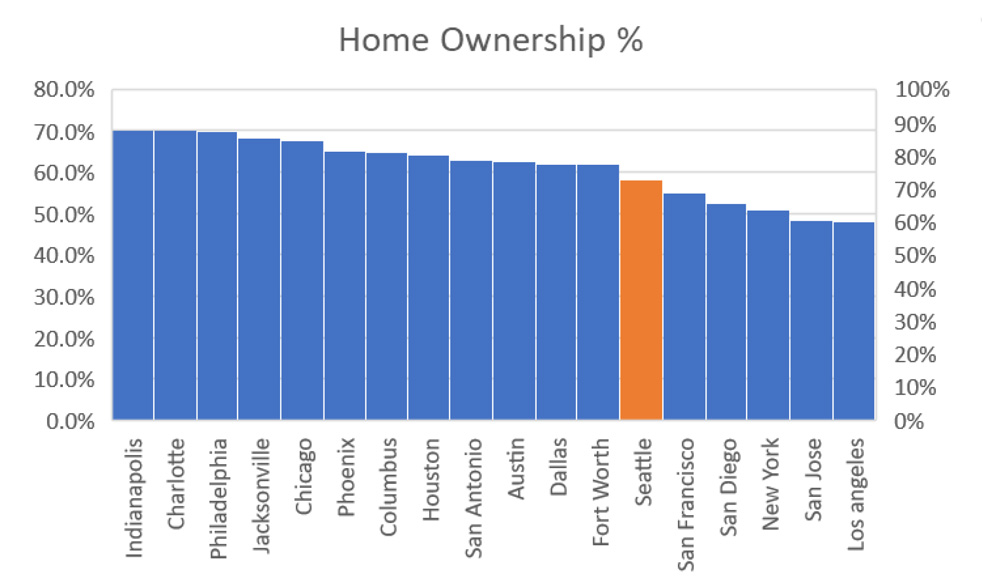 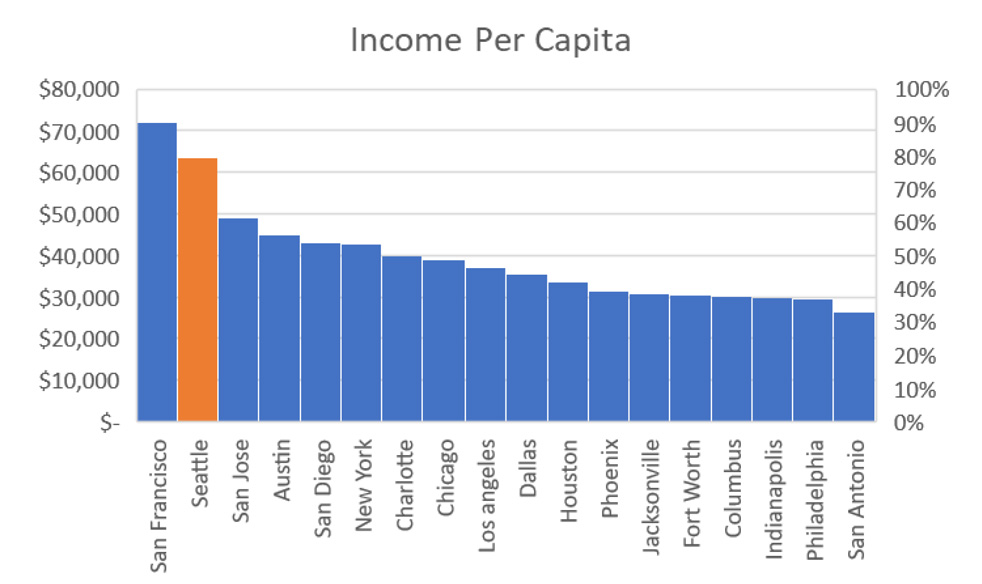