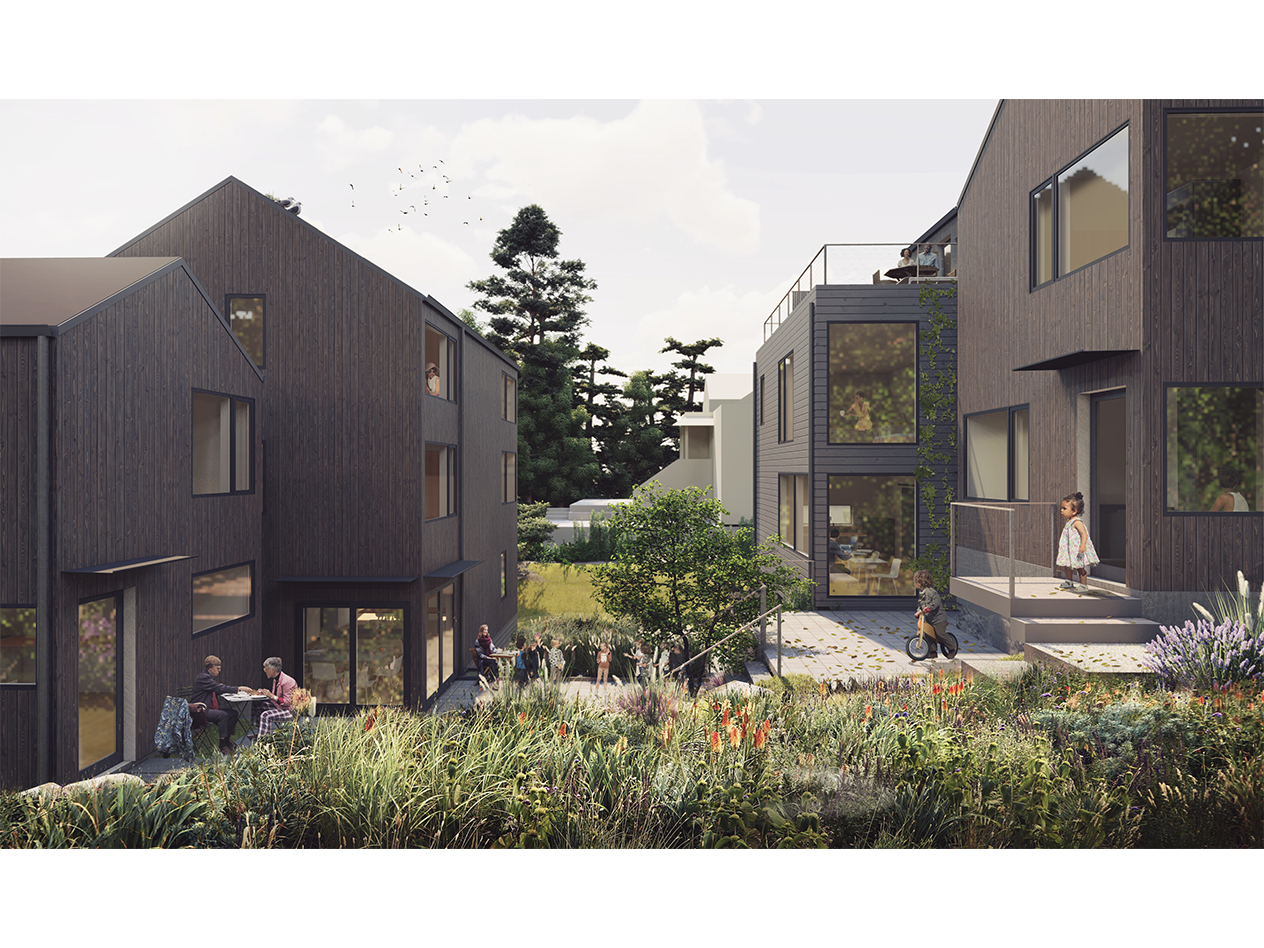 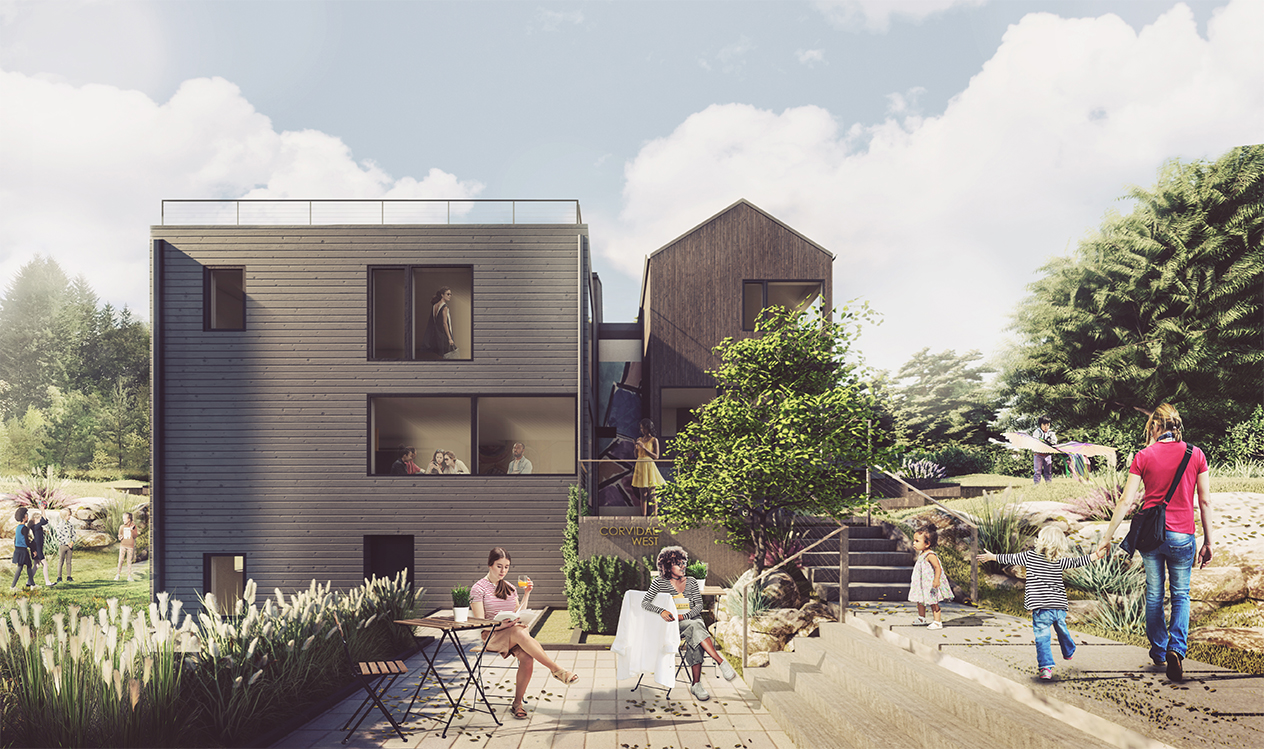 Corvidae Cohousing Coop is a demonstration project utilizing the financial model developed by Frolic and an architectural model developed by Allied8. Frolic spent three years conducting research with the Center for Real Estate at MIT on how to prevent displacement and create permanently affordable paths to homeownership.  Allied8 began developing architectural solutions in 2016 in response to Council Member O’Brien’s draft legislation to increase the number of accessory dwelling units on single family lots, with a deep belief that sharing land directly translated to affordability.

The project is designed to nourish relationships between neighbors, while ensuring every resident has the ability to be alone whenever they need to. The project contains several shared interior and exterior spaces.  At the center of the project is a common courtyard, which provides a car-free green space for children to play and residents to eat out-side or sit and read a newspaper and drink their morning coffee. It is an important in-between space where residents cross paths on a daily basis. 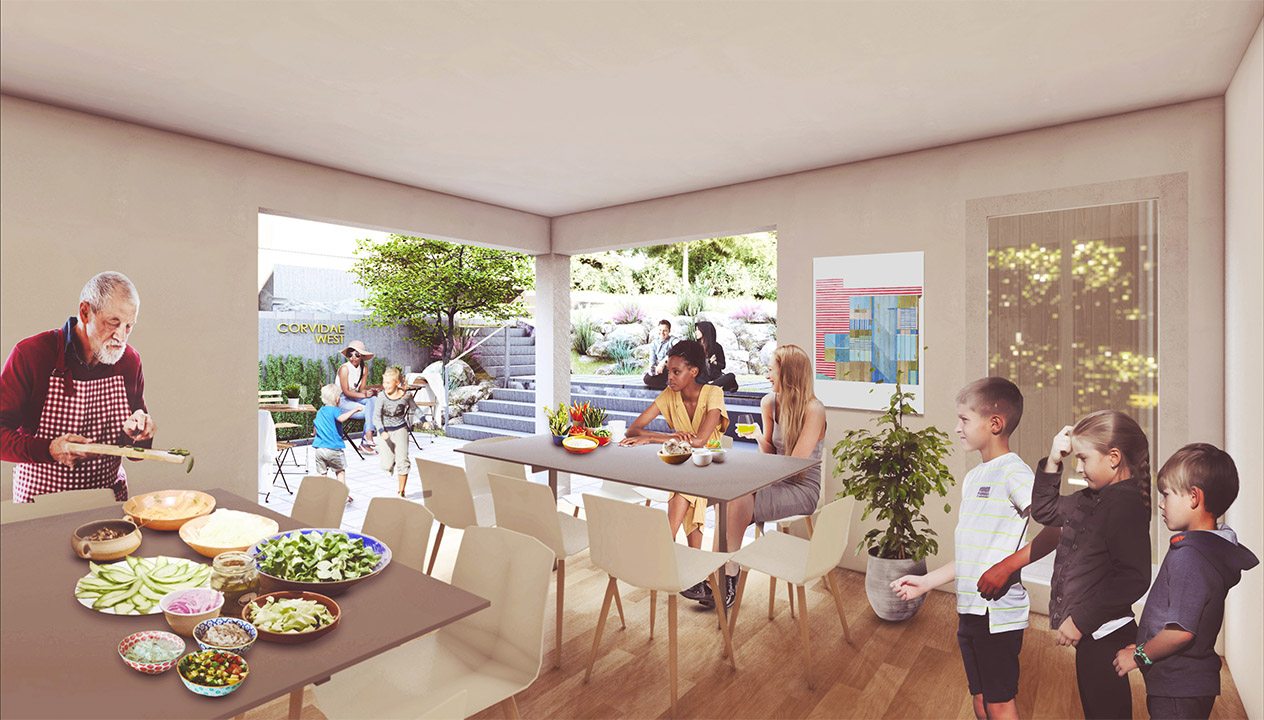 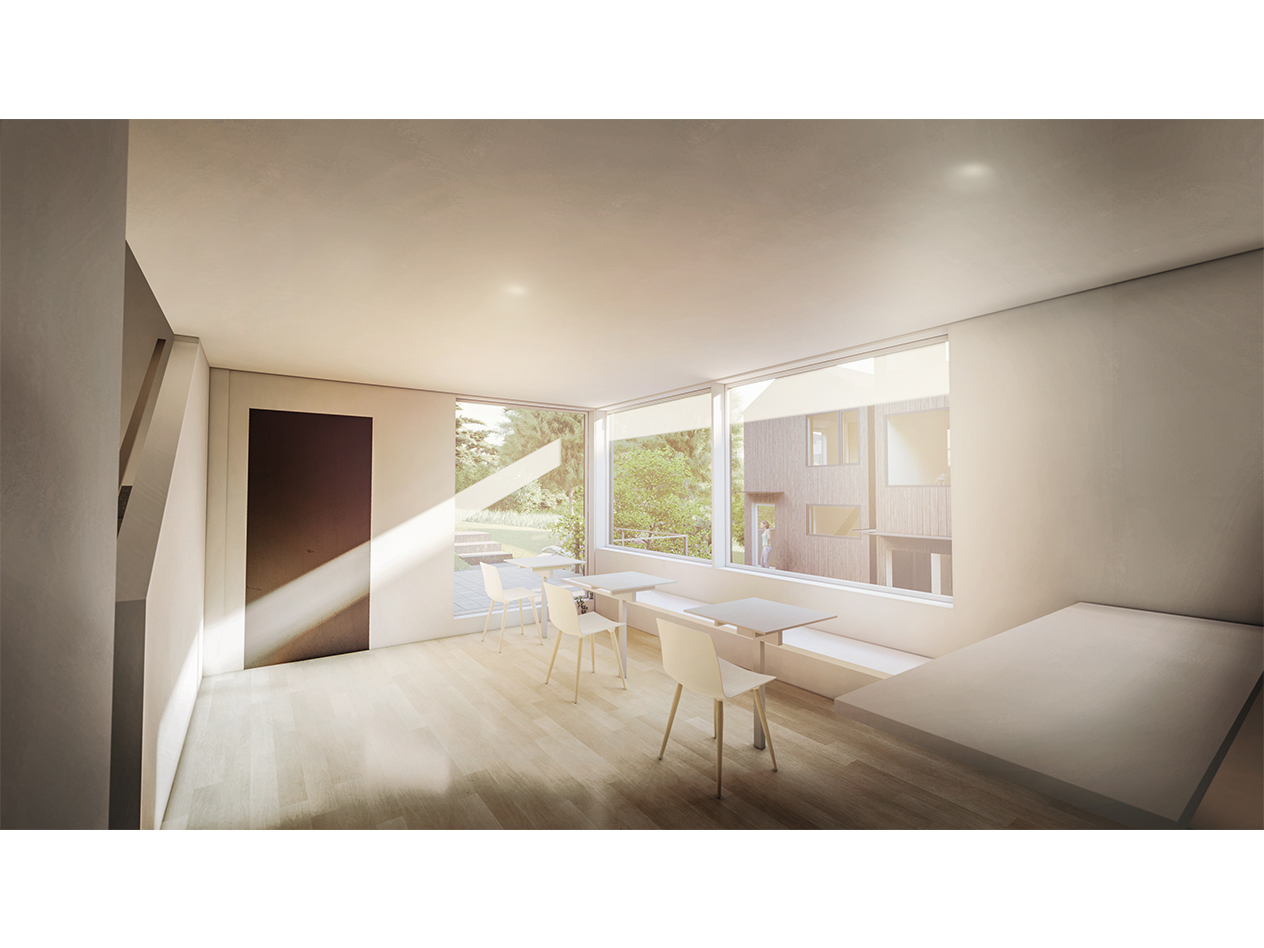 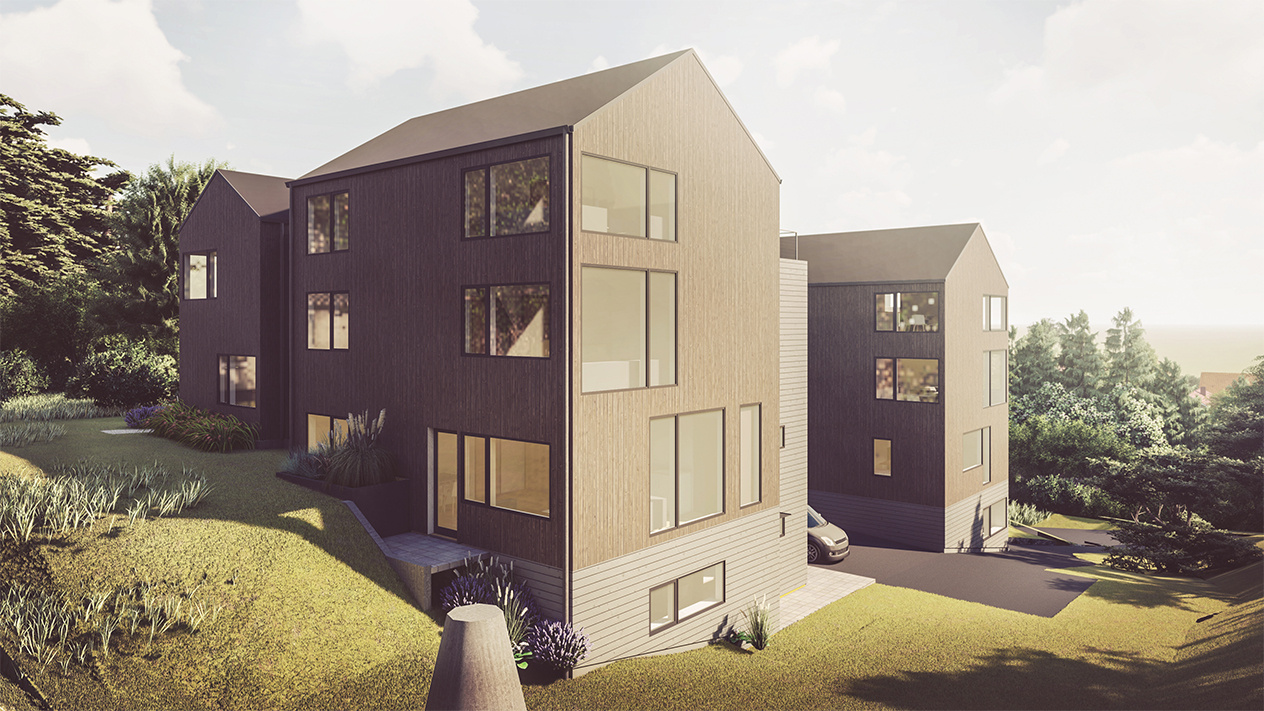